CapWest Securities Hanging On By A Thread?

According to the Investment News, another independent broker-dealer that sold high-risk private placements is hanging on by a thread, with the firm’s management stating grave concerns about the B-D’s future.

CapWest Securities Inc. reported in its most recent filing with the Securities and Exchange Commission that a number of events — including three straight years of losses, a decline in net capital and a raft of lawsuits — “raise substantial doubt about the company’s ability to continue as a going concern.”

CapWest reported its audited financials as part of its annual Focus report to the SEC on March 1.

CapWest is not alone in its struggles. The Financial Industry Regulatory Authority Inc. put the total number of broker-dealers at 4,557 as of March 31. That’s 9% fewer than five years ago.

Indeed, a number of broker-dealers that sold private placements have gone bust in recent months, including QA3 Financial Corp. in February. As a result, securities cops have hiked their oversight of sales of illiquid private placements.

Like many small to midsize broker-dealers that were rocked by the market crash, CapWest’s fundamental dilemma is a lack of capital. According to the SEC filing, the firm had net capital of $80,420 at the end of last year.

According to court documents, CapWest brokers sold about $22 million of private placements issued by Provident Royalties LLC, which the SEC charged with fraud in 2009. CapWest also sold an unknown amount of DBSI Inc., a packager of real estate deals that was popular among independent broker-dealers. DBSI is now in bankruptcy court.

CapWest is working with its insurance company to settle several outstanding legal actions against the firm, and faces other claims in Finra arbitration this year, it said in the filing. It also faces five pending civil actions in court.

If you have questions about investments you made CapWest Securities, the securities attorneys of The White Law Group may be able to help.  To speak with an attorney, please contact the firm’s Chicago office at 312-238-9650. 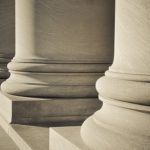