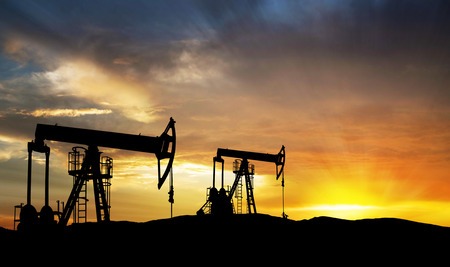 Concerned about investment losses in Reef Oil and Gas?

Many individuals have experienced devastating losses in their investments in Reef Oil and Gas partnerships.

The White Law Group continues to investigate potential FINRA arbitration claims against the brokerage firms or financial professionals that recommended these investments.

Reef Oil and Gas L.P. was founded in 1987. According to its website, the company strives to develop, exploit, and produce oil and natural gas properties and operate wells drilled. The company is currently based in Richardson, Texas and has offered numerous public and private partnerships over the years.

Unfortunately for investors it appears that many financial advisors/brokerage firms that sell these investments understate or misrepresent the risks.

Risks of Oil and Gas Partnerships

“The 54 drilling partnerships sponsored since 1996 have participated in the drilling of 140 unique wells.  The ventures and partnerships described in this paragraph acquired interests in or conducted operations on exploitation and exploratory wells, in addition to developmental wells. Of these 140 wells drilled by our partnerships since 1996, 57 were exploratory wells, 5 were exploitation wells and 78 were developmental . . . Fifty-four of these wells were dry holes, and two wells were completed but were non-commercial.  Of the 84 wells that were commercial, 38 are still owned by our drilling partnerships and producing, 27 have been plugged and abandoned, 13 were sold essentially for salvage value, three were sold for value, one is shut in, and two are currently used as salt water disposal wells.

Using this data, approximately 60% of the gross wells in which the drilling partnerships participated in drilling since 1996 were completed as commercially producing and 40% were dry holes (including the two wells that were completed but failed to become commercially productive).  Approximately 29% of the wells in which these partnerships participated in drilling were subsequently abandoned or sold essentially for salvage value prior to abandonment.  Twelve of the successful wells were drilled in conjunction with the income and development funds.”

The same S-1 form continued to reveal a number of partnerships that have had limited success.

As of September 30, 2010, of the 14 private oil and natural gas multiple well drilling partnerships, (i) three1 of them have made distributions to participants in excess of capital originally contributed by the participants and continue to make distributions, (ii) one2 is producing oil and gas and making distributions to participants, but it is too early in the life of the well to predict with accuracy whether distributions ultimately will exceed capital originally contributed by the participants, (iii) three3 are producing oil and gas but are not expected to achieve payout, (iv) five4 had wells which, while producing some revenue, were ultimately plugged and abandoned at a substantial loss of the participants’ capital contributions, (v) one5 drilled three unsuccessful wells, and (vi) one6 recently commenced drilling operations.”

Due to the risks associates with limited partnership investments, like those offered by Reef Oil and Gas, these investments are often only suitable for sophisticated investors.  Oil and gas partnerships, in particular, involve inherent risks that make them unsuitable investments for many (including the risk that a particular well may be completely dry).

Brokerage firms that do not perform adequate due diligence on an investment and/or make unsuitable recommendations can be held accountable for investment losses through securities arbitration.

Reef Oil and Gas has had the following offerings over the years (among others):

If you invested in a Reef Oil and Gas investment and would like to discuss your litigation options, please call the securities attorneys of The White Law Group at 888-637-5510 for a free consultation.