Aequitas charged by the SEC

The Securities and Exchange Commission recently announced charges against Aequitas and three of its executives related to allegedly hiding the rapidly deteriorating financial condition of its enterprise while raising more than $350 million from investors.  According to the SEC, Aequitas Management LLC and four affiliates allegedly defrauded more than 1,500 investors nationwide into believing they were making health care, education, and transportation-related investments when their money was really being used in a last-ditch effort to save the firm.  Some money from new investors was allegedly used to pay earlier investors

The SEC’s complaint further alleges that CEO Robert J. Jesenik and executive vice president Brian A. Oliver were well aware of Aequitas’s calamitous financial condition yet continued to solicit millions of dollars from investors to pay the firm’s ever-increasing expenses and attempt to stave off the impending collapse.  Former CFO and chief operating officer N. Scott Gillis also allegedly concealed the firm’s insolvency from investors and was aware that Jesenik and Oliver continued soliciting investors so that Aequitas could pay operating expenses and repay earlier investors with money from new investors.

According to the SEC’s complaint:

The SEC’s complaint charges violations of the federal securities laws by Aequitas Management, Aequitas Holdings LLC, Aequitas Commercial Finance LLC, Aequitas Capital Management Inc., and Aequitas Investment Management LLC as well as Jesenik, Oliver, and Gillis.  The SEC seeks permanent injunctions, disgorgement with prejudgment interest, and monetary penalties from all defendants as well as bars prohibiting Jesenik, Oliver, and Gillis from serving as officers or directors of any public company.

Aequitas and the affiliated entities have agreed to be preliminarily enjoined from raising any additional funds by offering and selling securities, and agreed to the appointment of a receiver to marshal and preserve remaining Aequitas assets for distribution to defrauded investors.

Concerned that investors will now fully recoup their investments in Aequitas, The White Law Group continues to investigate potential claims against the financial advisors and brokerage firms that recommended Aequitas to their clients.

When broker-dealers overlook suitability requirements and industry regulations they may be liable for investment losses.  For more information on The White Law Group’s Aequitas investigation, visit here.

If you invested in Aequitas investment and would like to discuss your litigation options, please call the securities attorneys of The White Law Group at 1-888-637-5510 for a free consultation.

Have you suffered losses investing in Aequitas Private Notes? If so, the securities attorneys of The White Law Group may be able to help...

The following is an update of The White Law Group’s investigation involving Aequitas Capital Finance.  For more information on the... 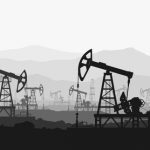