A securities-fraud case that triggered widespread changes to sales tactics on Wall Street is once again in the spotlight as a former Jefferies Group LLC bond trader goes back on trial Wednesday in New Haven, Conn, according to The Wall Street Journal on January 3.

In 2014, a jury found the former trader, Jesse Litvak, guilty of fraud for misleading customers about the price he paid for residential mortgage-backed bonds. A federal appellate court threw out parts of the case and ordering the securities-fraud charges to go before a new jury last year.

According to the SEC’s original complaint, Jesse Litvak arranged trades for customers as part of his job as a managing director on the mortgage-backed securities desk at Jefferies. (See SEC Charges Former Jefferies Executive with Defrauding Investors in Mortgage-Backed…)

The SEC alleges that Litvak generated more than $2.7 million in additional revenue for Jefferies through his deceit.  His misconduct helped him improve his own standing at the firm, as his bonuses were determined in part by the amount of revenue he generated for the firm.

Mr. Litvak was sentenced to two years in prison and fined $1.75 million. He has been out on bail since his arrest, and he relocated to Florida in 2015, court filings show.

The Second U.S. Court of Appeals ruled in December 2015 that a judge unfairly blocked Mr. Litvak from introducing testimony that could have assisted his defense. That testimony, Mr. Litvak contends, would have shown that bond buyers don’t rely on the price a broker paid for a security when making deals. Unlike stocks or other securities sold on open exchanges, bonds are sold in an opaque market, with prices negotiated through brokers.

Jury selection is scheduled to begin Wednesday in the three-week retrial. While the jury will be able to hear some broader context on the bond market, the judge ruled that Mr. Litvak can’t present testimony that broker-dealers at other firms similarly inflated bond prices, or show evidence of changes to compliance programs on Wall Street after his indictment. The judge wrote in his pretrial ruling, “at the end of the day, the case is about Jesse Litvak, not a trial of the entire RMBS industry.” 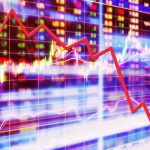