Have you suffered losses investing in a Saratoga Resources? If so, the securities attorneys of The White Law Group may be able to help you recover your losses in a FINRA arbitration claim against the brokerage firm that recommended the investment.

Saratoga Resources, Inc. is an independent exploration and production company with headquarters in Houston, Texas. According to its website, the company’s principal holdings cover approximately 52,000 gross/net acres, mostly held by production, located in the transitional coastline and protected in-bay environment on parish and state leases of south Louisiana and in the shallow Gulf of Mexico Shelf.

Ten months after filing for Chapter 11, Saratoga Resources Inc. has filed a motion, under Section 363 of the Bankruptcy Code, to conduct a sale of all or substantially all of its assets.

The sale would exclude the company’s federal leases and certain other assets that may be excluded by agreement between the company and its first lien lender. Saratoga also filed a separate motion to establish bid procedures relating to the proposed sale which the Bankruptcy Court for the Western District of Louisiana, Lafayette Division approved at a hearing held on April 7, 2016.

When brokers make unsuitable investment recommendations they may be liable for investment losses. To determine whether you may be able to recover investment losses incurred in Saratoga Resources please contact The White Law Group at (888) 637-5510.

The White Law Group, LLC is a national securities fraud, securities arbitration, investor protection, and securities regulation/compliance law firm with offices in Chicago, Illinois and Franklin, Tennessee. Visit our homepage to learn more about the firm. 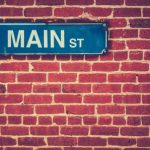