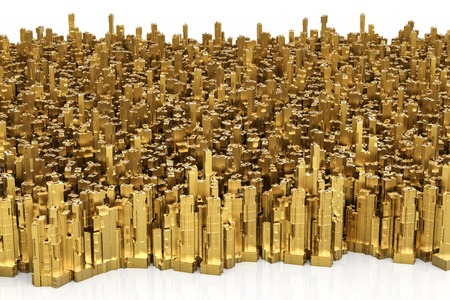 Have you suffered losses investing in United Development Funding IV? If so, The White Law Group may be able to help you recover your losses through FINRA arbitration.

According to a company press release, the Securities and Exchange Commission has issued a Wells notice against investment trust United Development Funding IV. The wells notice indicates a preliminary determination to possibly recommend an enforcement action against the company. Meanwhile, after a number of missed deadlines, the Nasdaq stock market has delisted UDF IV shares.

The UDF REITs have been struggling for almost a year:

– United Development Funding IV have not filed periodically with the SEC since November 2015. Shareholders have not been provided with any information since then.

– In December, a third party (hedge fund with a short position in UDF IV shares) complained the company had been operating for years like a Ponzi scheme.

– In February, in response to the allegations, the FBI raided UDF IV’s offices outside of Dallas. The company’s executives and certain employees were served with subpoenas seeking the production of documents. The outcome of this investigation is still pending.

– Trading of UDF IV’s shares was suspended in February 2016 because the company was not in compliance with rules requiring the timely filing of periodic reports with the SEC.

– Nasdaq halted trading of UDF IV shares at $3.20, down 81% over the prior 12 months, according to Investment News.

– In September, the company issued a press release that stated its continued listing on Nasdaq was on the condition that, by October 17, it become current in its quarterly financial reports with the SEC. The deadline was missed once again.

– Various UDF REITs, including UDF IV, have halted paying investors distributions over the past year.

Over the past several months, United Development Funding IV has publicly stated it was working to file its 2015 annual report and its past three quarterly reports with the Securities and Exchange Commission in order to start trading again. UDF IV was a nontraded REIT that listed on Nasdaq in June 2014. It was sold to investors from 2009 to 2013 at $20 per share.

According to SEC filings, UDF IV has $684 million in assets, is a mortgage and development REIT. UDF branded REITs and private deals were high yield offerings, promising investors returns of 8% to 10%.

UDF IV plans to appeal the Nasdaq suspension, according to the press release. Meanwhile, certain individuals associated with UDF IV have also received Wells notices. A Wells notice is a preliminary determination by the SEC that it may recommend a civil enforcement action or administrative proceeding against a company or individual.

Investors who purchased UDF investments based on the recommendation of a broker-dealer firm may also be eligible to pursue claims in arbitration against the firm and seek compensation for any losses they suffered as a result of those investments.

Brokers have a fiduciary duty to perform due diligence on any investment and to insure that investment recommendations are consistent with their client’s age, net worth, risk tolerance, investment experience and objectives, risk tolerance. If a broker overlooks suitability requirements, investors may have an actionable claim to recover their losses in a product in a claim through FINRA dispute resolution.

These two avenues are not mutually exclusive (i.e. an investor could pursue a class action directly against UDF while also pursuing a claim against the brokerage firm that sold them the investment). 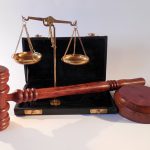