Have you suffered investment losses in Sabine Oil and Gas? If so, The White Law Group may be able to help you recover your losses by filing a FINRA Dispute Resolution claim against the brokerage firm that sold you the investment.

On June 13th, Sabine Oil and Gas Corporation began  a week-long trial  for a $3 billion restructuring plan that has sparked a fight from its creditors and eluded compromise for nearly a year.

Houston-based Sabine filed for bankruptcy last year, joining many other oil and gas companies that have sought chapter 11 protection amid the downturn in oil prices. Sabine’s restructuring plan calls for top-ranking lenders to walk away with about 93% of the reorganized business. If approved, the restructuring proposal would wipe out more than $2.5 billion in debt.

Lawyers for Sabine are asking the judge to overrule creditors who have objected to the plan, which would bring the problematic chapter 11 case to a close.

Unfortunately for investors, unsecured creditors, who say they are owed as much as $1.4 billion, are slated to recover less than two cents on the dollar, sparking numerous objections and appeals. In addition, earlier in the year unsecured creditors also asked for court permission to bring lawsuits over the disastrous merger with Forest Oil Corp. in 2014.

Sabine Oil and Gas is a Reg D private placement. The trouble with private placements, is that they involve a high degree of risk and are typically sold as unregistered securities which lack the same regulatory oversight as more traditional investment products like stocks or bonds. An additional risk inherent to these offerings is also the general risk that comes with the energy market – a market that has seen enormous losses over the last few years due to the declining cost of oil and other energy commodities.

The White Law Group is investigating the liability that brokerage firms may have for improperly selling oil and gas private placements like Sabine Oil and Gas.

However, another problem with Reg D private placements is that the high sales commissions and due diligence fees the brokers earn for selling such products sometimes can provide brokers with an enormous incentive to push the product to unsuspecting investors who do not fully understand the risks of these types of investments or to outright misrepresent the basic features of the products – usually focusing on the income potential and tax benefits while downplaying the risks.

To determine whether you may be able to recover investment losses incurred as a result of your purchase of Sabine Oil and Gas, please contact The White Law Group at 1-888-637-5510 for a free consultation. 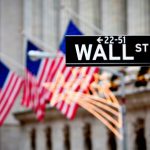