According to reports, Jason T. Knapp, 29, was recently charged with second-degree grand larceny, a felony, for allegedly stealing $60,000 through an investment scheme.

Apparently there are ongoing police investigations of Knapp’s actions in Florida, Arizona, Rochester, New York City and possibly Maryland, and it appears from these investigations that Knapp was running a nationwide “Ponzi scheme” that led to investors losing hundreds of thousands of dollars.

Knapp allegedly promised returns of 18 percent to 22 percent for short-term investments in the company he called SteepleChase Group.  Instead, he was apparently paying some investors with money he took in from subsequent investors, using the proceeds to travel and frequent casino

The White Law Group is investigating the liability that Knapp’s employer may have for failure to properly supervise Knapp and his activities.  According to his FINRA Broker Report (CRD), Knapp was employed by Dawson James Securities from September 2008 through June 2012.

Several of the victims were apparently in Boca Raton, Fla., where Dawson James is based.

If you are a victim of Knapp’s alleged “Ponzi Scheme” and would like to discuss your litigation options with an experienced securities attorney, please call The White Law Group at 561-807-6804 for a free consultation.

Are you a South Florida resident that has been defrauded by your financial professional or brokerage firm?  If so, the securities...

Read More →
← Previous Story
What is next for Wells Timberland REIT? What is the REITs current value? 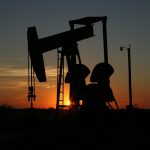